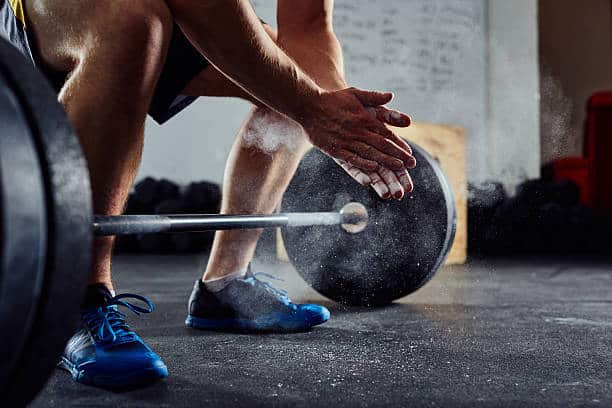 I am an advocate for making Olympic weightlifting training part of martial arts training, with some caveats. Let’s look at the pros and cons.

First, some definitions. The Olympic lifts are the Snatch (the barbell goes from ground to overhead in one explosive movement) and the Clean & Jerk (the barbell goes from the ground to shoulder height with the athlete standing upright, and then from shoulder to overhead).  For the sake of argument, let’s also include several partial versions of the Snatch and Clean & Jerk that weightlifters use to improve the various segments of a lift.  Essentially, I’m advocating any version or segment of weightlifting that involves explosiveness and technique.

Practicing these movements isn’t just about increasing strength. There are many less technical exercises you can do for that (squats, bench press, pull ups, etc.) and there are also simpler movements that include explosiveness (loaded squat jumps, box jumps, some kettle bell exercises, etc.).  But there are few movements that require as much coordinated movement from the bottoms of your feet to the top of your upraised arms as the Olympic lifts. When you practice these lifts, you are combining strength training, which is beneficial for martial arts, and timing, which is crucial for martial arts.

There are three negatives to acknowledge when considering whether or not to incorporate Olympic lifting into your training.  First, weightlifting is ancillary, not essential to martial arts. As said earlier, you can get the some benefits from other activities, so if your schedule is tight, you should probably exclude Olympic weightlifting. Second, Olympic weightlifting has a steeper learning curve than other exercises, so if you already have too much on your mental plate (learning Krav Maga, getting ready for an MMA fight, starting a new job), the details of lifting might be too much. Third, Olympic lifts are axial (top to bottom, up and down, hips open and closed) movements. There is some direct benefit in these movements for grapplers; however, striking techniques almost always include torsional (rotational) movements of the hips and shoulders. You won’t get that from Oly lifts.

Despite these negatives, I still see a place for Olympic lifting in a martial arts regimen. The essence of striking is the efficient delivery of explosive force on a target, which requires technique and timing. The essence of grappling is an understanding of body awareness, often under tension, and explosive movement. Olympic lifts are an amazing expression of technique, timing, body awareness, and explosiveness under a load.

After an initial investment of time to learn Oly lifts safely, they become an effective strength and coordination building routine that can benefit your self defense training.