Instructor of the Month : Sara Ayaz 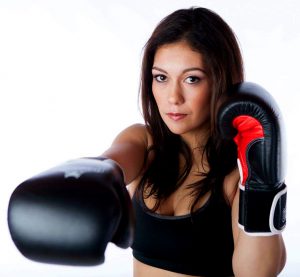 Sara Ayaz, from Krav Maga Desoto, began training in martial arts in 1996.  Her background includes Shotokan Karate, Chinese Kenpo, Kung Fu, Judo, Jiujitsu, and Kali. She found Krav Maga in 2007 and began her instructor route in 2009. Sara holds a level 4 Krav Maga Alliance instructor certification and a Black Belt under John Whitman. She is an avid Crossfitter, published author, amateur MMA fighter, and mother. In 2012 Sara was excited to have one of her articles published in the CrossFit Journal. Later in 2012 Sara received her Jiujitsu Blue Belt Under Chip Baldine. She has continued her Jiujitsu training with the Roy Dean Affiliation. Sara handles the daily business operations at KMD. You can say that she’s the glue that holds  the academy together. She rotates and teaches at all of our locations, and is currently studying sports nutrition and tactical firearms training.   You will usually see Sara in her free time practicing Jiujitsu, Crossfitting, and occasionally eating chocolate… Lots of chocolate.