The Krav Maga Alliance includes an elite team of highly talented instructors across the United States and around the world, who have accepted the responsibility to help train future instructors.  These Training Team members have proven themselves to be exceptional in their techniques, teaching abilities, and dedication to the Krav Maga system.

The motto of the Training Team is “Lead By Example.”  Each member of our training team has proven his or her worth by setting an example for other instructors, school owners, and students.

JOHN WHITMAN is a 6th degree black belt in Krav Maga, certified Civilian Law Enforcement Instructor, and certified Young Warriors Krav Maga Kids instructor. John is also a purple belt in Brazilian jiu-jitsu, a certified CrossFit Level 1 Trainer, and a certified USAW Sport Performance Coach. He is the first person in the world to hold a Senior Instructor degree from the prestigious Wingate Institute in Netanya, Israel. He served as president of Krav Maga Worldwide for 8 years, and has been teaching since 1994. John teaches civilian, military, and law enforcement personnel, and has taught elite military units in the United States and abroad. John is the founder of the Krav Maga Alliance, an international organization of Krav Maga schools with affiliates worldwide. He is co-author of the books Complete Krav Maga and Krav Maga For Beginners. John has been featured in the videos Krav Maga Complete Set and Ultimate Krav Maga. He has “train the trainer” status and has trained most of the other Krav Maga instructors currently working in North America. He contributed significantly to the creation of the certification course used in North America to train Krav Maga instructors. He has appeared in numerous media outlets, including The Today Show, ABC News, and CNN.

Jeremy Stafford  has a background in Judo, Wrestling, the Marine Corps Martial Arts Program and Police Defensive Tactics. He has been training in Krav Maga for over 12 years and is a certified Black Belt instructor. Jeremy is a Member of the Krav Maga Alliance train the trainer team and also serves as the Director of Police and Military training for the Krav Maga Alliance, where he is in charge of designing the KMA Force curriculum and certifying KMA Force Instructors and Operators.

Jeremy is currently a Police Officer with the LAPD. He has been on the job for over 15 years and has worked as a Patrol Officer, Narcotics Officer, a Counter -Terrorism Operator, and is currently assigned as a lead Instructor at the Firearms and Tactics Section where he has been tasked with updating and designing recruit and in-service firearms and tactical training. For his part in designing the LAPD’s counter terror response plan, Jeremy was recently awarded the California Peace Officers Award of Distinction.

Jeremy also spent 13 1/2 years in the Marine Corps and Marine Corps Reserve. He has been deployed all over the world in support of the Global War on Terror, including a combat tour in Iraq, where he earned a Bronze Star with a Combat “V” for valor, several tours to Southeast Asia as a Counter-Terrorism liason, and a tour in the horn of Africa as an advisor. Towards the end of his tour in Iraq, Jeremy was assigned to help rebuild the Baghdad Police Department, where he developed the first joint USMC-Iraqi Police patrol program. Jeremy and his development of this program were featured in POLICE Magazine as well as on CNN, FOX News, and Good Morning America.

Casey is the founder and Lead Krav Maga Instructor at Southpaw Krav Maga in Columbus, Ohio. After reading an article listing Krav Maga as one of the martial arts that will actually save your life, Casey was drawn to Krav Maga’s simple, effective, ‘do anything necessary’ approach. As an Interactive Strategist, Casey’s day job focuses on breaking complex objectives into simple achievable steps, a skill that lead to becoming a Krav Maga instructor and one he now teaches candidates as a member of the Krav Maga Alliance Training Team. Casey currently holds a KMA 2nd Degree Black Belt Instructor certification, as well as a Practical Instructor certification from the Wingate Institute in Netanya, Israel. In addition to teaching and training, Casey can likely be found reading, failing to grow a mustache or playing with his pooch, Rosco.

A 2nd Degree Black Belt with 15 years of Krav Maga experience, Brice has officially been recognised as a practical instructor by the State of Israël (Wingate Institute). Representing the Krav Maga Alliance in Belgium, Brice founded his own club in 2006 which now counts several classes, instructors and students. Brice has also been recently certified a Krav Maga Alliance Force Military and Law Enforcement Instructor. If you’re coming in Europe, don’t hesitate to contact him for your training at brice@kravmagaevolution.be 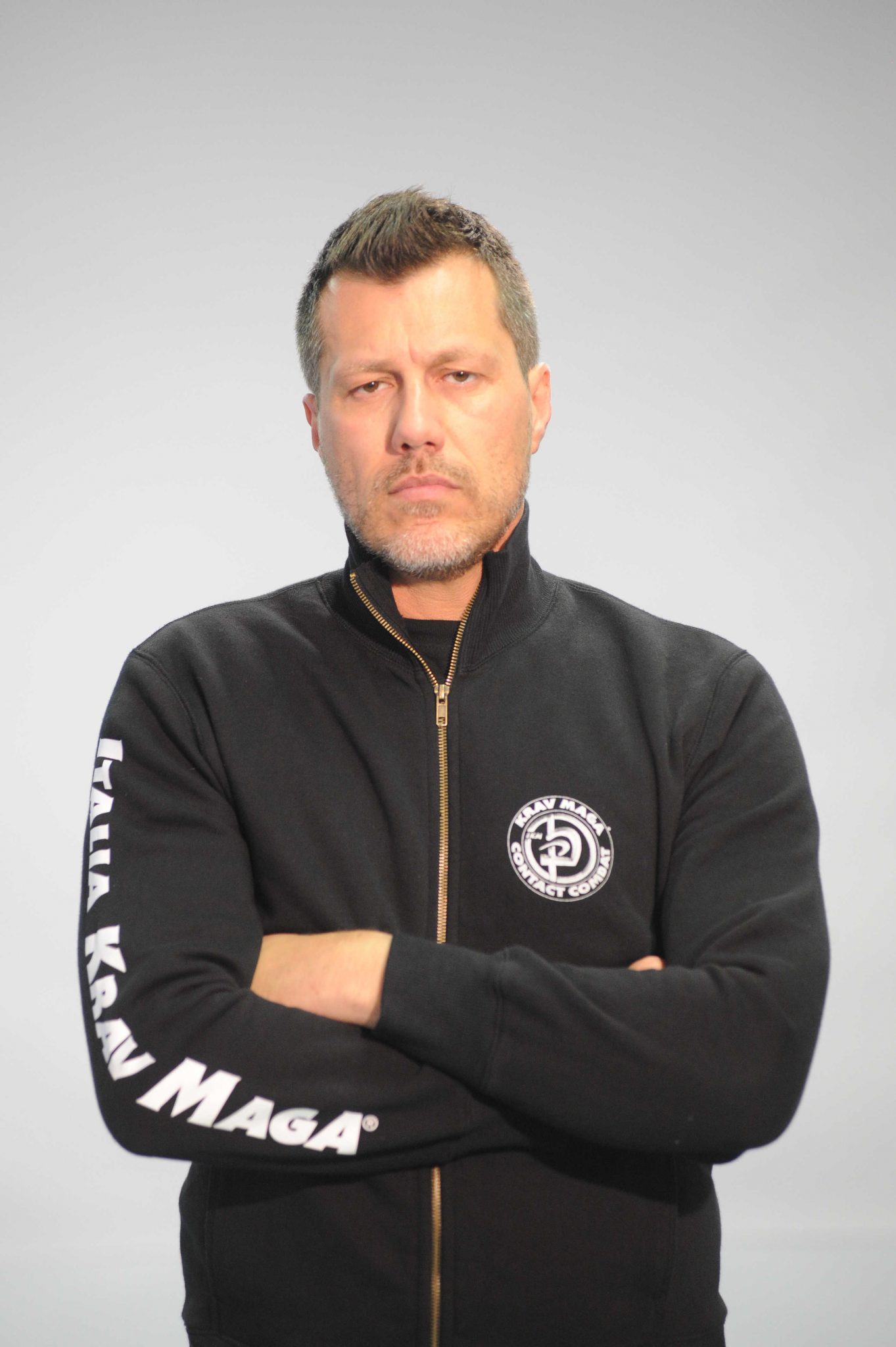 Derrek Hofrichter is the owner and Chief Instructor of East Valley Krav Maga located in Tempe, Arizona. He has been a Krav Maga instructor for over a decade, and holds the rank of 1st Degree Black Belt under John Whitman and the Krav Maga Alliance. Derrek also has a Practical Krav Maga Instructor’s diploma from the Wingate Institute in Israel. 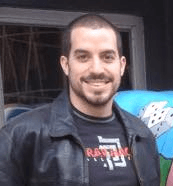 Outside of Krav Maga, Cam is an accomplished scientist with research backgrounds in biology and applied physics. He currently works for AstraZeneca as a Formulations Scientist.

Michael’s background includes Taekwondo, Jiujitsu, Muay Thai, and Kali. He began teaching Taekwondo in 1992 and started his own program at the age of 15. He began training in Muay Thai and Jiujitsu as a teenager and after a tragic car jacking left him injured and unable to train for a few months, he began questioning his own training. He started searching for something that was designed for self-defense and found Krav Maga in the Spring of 2004. After training for just a few short months he traveled to the National Training Center in Los Angeles, CA to begin his instructor training. He began teaching at Mid-South Krav Maga that year and eventually became the center’s lead instructor. In 2010 he decided to open his own school in Desoto County. Mike currently holds the prestigious rank of 2nd degree Instructor Black Belt and Purple Belt in Brazilian Jiu-Jitsu.

Growing up living with gym owners since he was 9 years old, Daniel spent a lot of time learning the ropes and helping out behind the scenes and is now the proud owner of Krav Maga DFW in Dallas, TX. He brings a balanced blend of Krav Maga, traditional martial arts, and sport fighting to his classes. Daniel has over 20 years’ experience in martial arts, earning a 3rd degree black belt in Tang Soo Do and a 1st degree black belt in Han Mu Do, and over the past several years he has also trained in Brazilian Jiu Jitsu, Muay Thai, and boxing. He also has multiple certifications through Krav Maga Alliance, including KMA Force instructor, StrikeFit, and a 2nd Degree black belt in Krav Maga.

Tim Leard, a second degree black belt in Krav Maga, has been training and teaching Krav Maga since 2001. In that time Tim has also been certified as a KMA Force instructor as well as earning a Krav Maga Instructor’s diploma from Wingate Institute in Netanya, Israel.

A full time martial arts instructor since 1999, Tim is an avid martial artist and fitness enthusiast, Tim has years of experience teaching and working in the martial arts and self defense fields. He is honored to be a part of the Krav Maga Alliance Training Team. 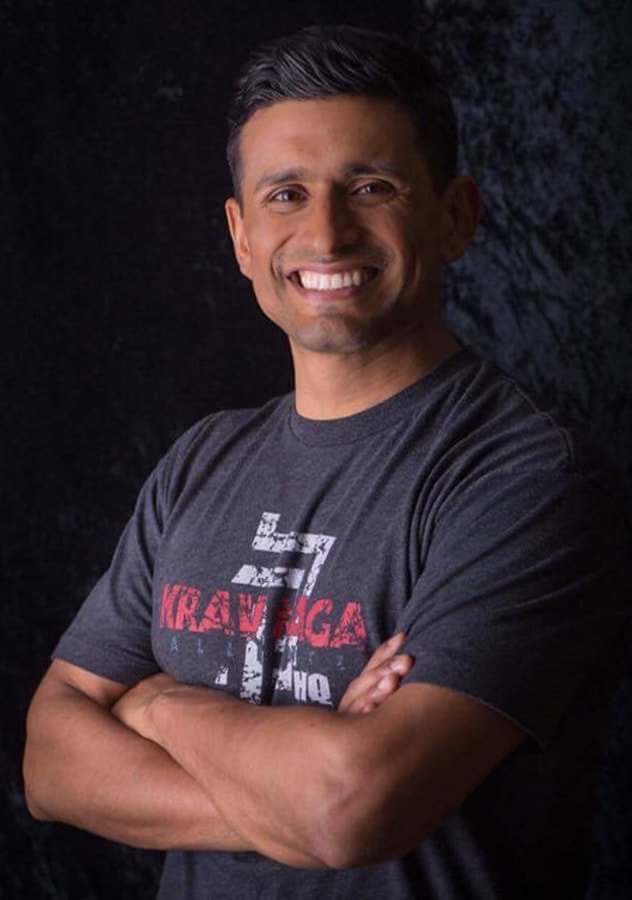 Julio is a 1st degree Black Belt in Krav Maga, the Lead Instructor of Krav Maga at Combat Sports Academy (CSA) in Dublin, CA. He holds “train the trainer” status as a Krav Maga Alliance Training Team Member. He has been training in Krav Maga for over a decade and has taught since CSA first opened in 2009. Hailing from one of the most decorated Muaythai gyms in the world, Julio has expanded his training by competing in kickboxing and Muaythai. He is also a CrossFit competitor and trains in boxing as well. Outside of the gym, Julio holds a Master’s Degree in Social Work and is Director of Community Services for an organization working with youth and their families in the foster and juvenile justice systems.

Katie is a 1st degree Black Belt in Krav Maga and the Program Manager of Krav Maga at Combat Sports Academy (CSA) in Dublin, CA. She held a spot on the 2009 U.S. National Muaythai team that competed at IFMA, the Muaythai World Championships in Bangkok, Thailand. Katie also held the U.S. National Title with the MTAA at 135 pounds. She eventually decided she loved teaching regular people how to protect themselves and their families more than she loved fighting, and went on to focus on her Krav Maga career. As a member of the Krav Maga Alliance Training Team, Katie holds “train the trainer” status, is a certified KMA Force Instructor, and was the 2017 Krav Maga Alliance Instructor of the Year. She is also a member of the Krav Maga Alliance Professional Committee, which serves as the official body tasked with analyzing the KMA curriculum to identify and implement the most current techniques in a system open to evolution.

Krav Maga Alliance is composed of Krav Maga schools, instructors, and students dedicated to improving themselves and each other through realistic training and the continuous exchange of ideas. We have affiliates all over the world, from Australia to Italy. We provide training, certification, and ongoing to support in all aspects of Krav Maga training. We provide curricula, lesson plans, and monthly updates with new training drills and scenarios to our affiliates.

The Krav Maga Alliance was created by John Whitman, a sixth degree black belt in Krav Maga. John is the former president of Krav Maga Worldwide, and earned instructor degrees from the Krav Maga Association of America, Krav Maga Worldwide, and the prestigious Wingate University in Israel. He is the only person to have earned a Senior Instructor diploma from Wingate. He has trained thousands of civilians and hundreds of law enforcement and military personnel, including the Air Force’s Office of Special Investigations Antiterrorist Specialty Team. John is the co-author of COMPLETE KRAV MAGA and KRAV MAGA FOR BEGINNERS. He was a leading participant in the creation and refinement of the Instructor Training Program used by Krav Maga Worldwide, a program he headed for 7 years.
We want to stay out of them. Period. We want to be inclusive rather than exclusive. We encourage our affiliates to join other organizations, Krav Maga and otherwise. Learn as much as you can. Discard what you think is ineffective. Stay with us as long as we are beneficial, and move on to something else if it suits you.
Why Become a KMA Affiliate
Krav Maga Alliance is composed of Krav Maga schools, instructors, and students dedicated to improving themselves and each other through realistic training and the continuous exchange of ideas. We have over 130 affiliate worldwide and offer:
Affiliate Training Team
The Krav Maga Alliance includes an elite team of highly talented instructors across the United States and around the world, who have accepted the responsibility to help train future instructors. These Training Team members have proven themselves to be exceptional in their techniques, teaching abilities, and dedication to the Krav Maga system.

The motto of the Training Team is “Lead By Example.” Each member of our training team has proven his or her worth by setting an example for other instructors, school owners, and students.